The Power of the Selfie

The word or act of taking a ‘selfie’ is commonly associated with arrogance and can be dismissed by some as a narcissistic tool to further fuel someone’s ego in order to get more likes on an Instagram post. Yes…sometimes this is the case…but when used in the right way, the selfie can be a powerful tool.

On the 3rd March 2014, you may remember Ellen DeGeneres taking a certain selfie at a certain ceremony that happened to become one of the most retweeted pictures of all time with a whopping 3,270,934 retweets and 2,311,858 likes. What you might not know is that this ‘spontaneous’ selfie moment was actually planned…kind of. Ellen planned to take a selfie with Meryl Streep in the rehearsal of the ceremony and in the moment, live on air, Angelina Jolie, Brad Pitt, Lupita Nyong’o, Julia Roberts, Jared Leto, Kevin Spacey and Bradley Cooper all decided to join in. We’re obviously not telling you to hire a bunch of actors to boost your exposure, what we’re saying is a simple selfie can break down the corporate barriers of your business and make you seem more human to your audience.

Our amazing partners from All4Maternity, Sheena and Anna Byrom, are huge advocates of the selfie, using it at conferences and meetings as a way of sharing milestones and important moments with their audience. Sheena herself is one of the most influential midwives in the world online. This is because she has put in an incredible amount of hard work to be a leading mind in her industry and in the process has built a brand around herself. It’s a transparency which is hard to emulate and because she is so real and emits a refreshing positivity, it ultimately encourages engagement and loyalty from her following. So long as you’re authentic with your approach, it will resonate with your audience. 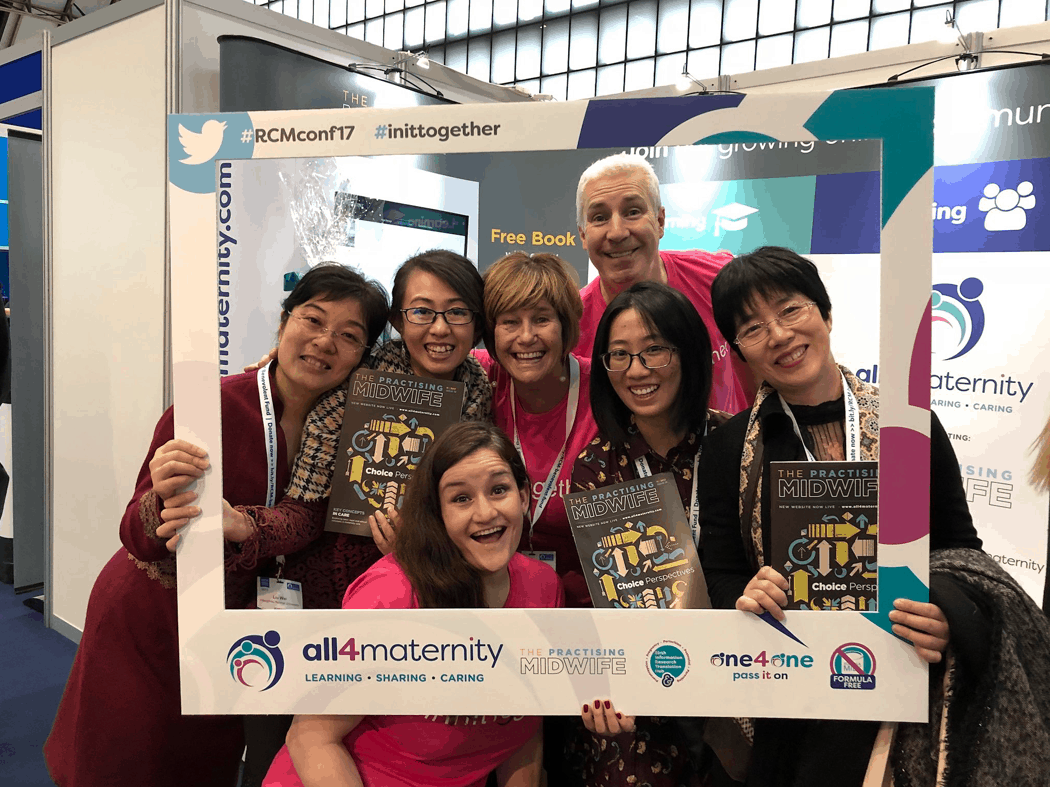 Here’s what Sheena had to say about embracing the selfie:

‘I found it hard at first doing selfie’s as I was brought up in a time where we were encouraged not to draw attention to ourselves. But I felt the fear and did it anyway, capturing moments and sharing them to raise awareness of issues, or simply to let others experience the moment too, if they are interested! ‘

To conclude, a few selfies used in the right context, mixed with authenticity, can really help build a brand, and on world selfie day, we want to celebrate that.

Takeaways from the power of the selfie:

For more social media support get in touch on info@creativeworld.co.uk